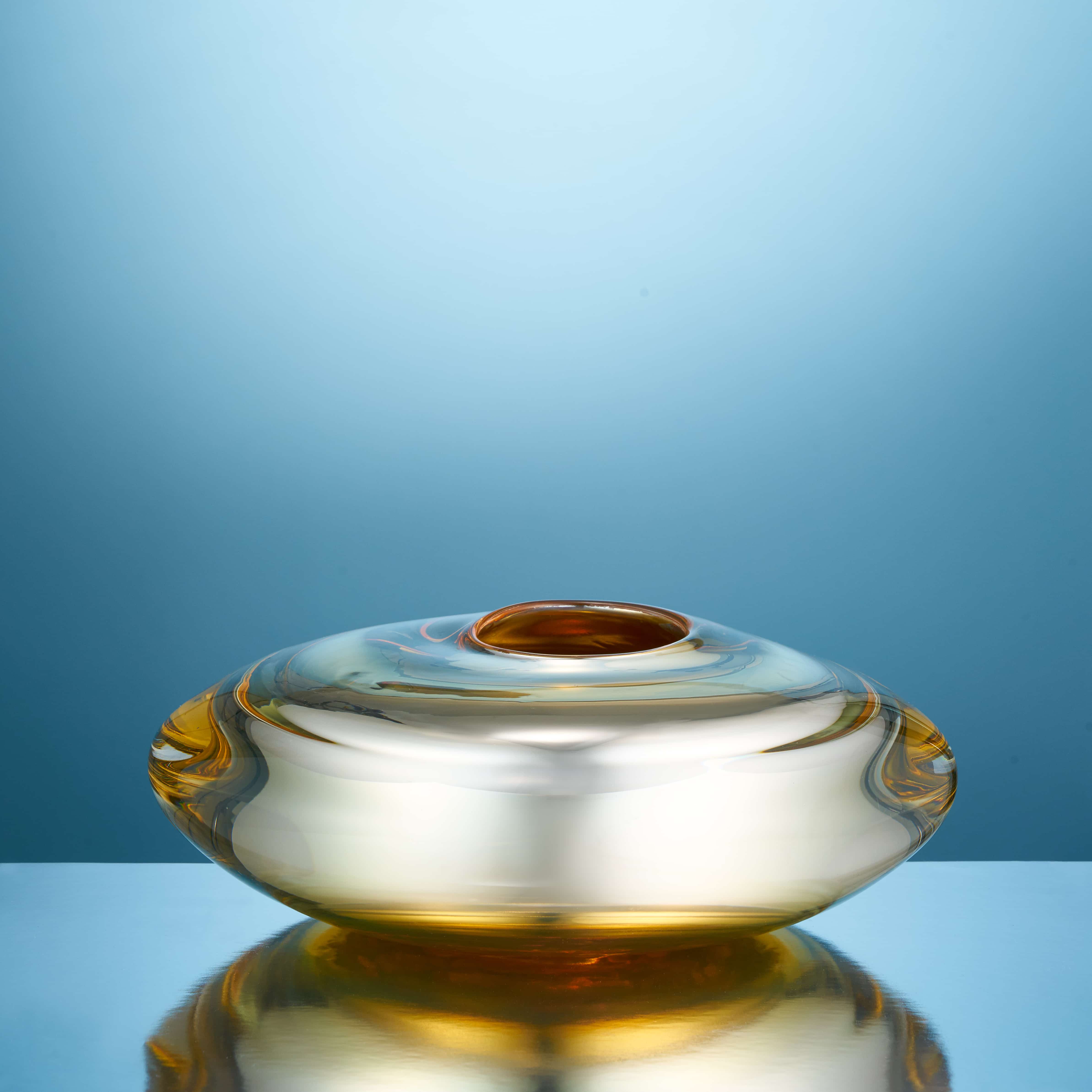 The glass design, first introduced in June of 2016, is a collaboration between glassblower and designers. Artist and owner of epiphany glass studio, Wagner is the magician who transforms sand into an amorphous solid.

“April is a tremendous talent and we are excited to be collaborating with her,” says Britto. “Glass is a new material for us. We needed an expert—an artist who could help us realize our design.” As the WASI collection evolves, the duo searches not only for new materials but also for artists who take risks. “Our pieces tell a story, and working with April, someone who has built a very successful woman-owned business in the Detroit area, helps us tell a broader story,” says Charette, himself a former resident of Detroit and graduate of the University of Detroit. “Winning the Best of Year award is an honor and it’s an affirmation of our collaboration and our quest to design really beautiful, unique pieces.”

PUQUIOS, first introduced in June of 2016, is the latest and most modern addition to the duo’s WASI collection of home accessories. The award-winning vessels are inspired by Nasca wells—ancient rock-lined spirals that adorn Peru’s mythic landscape. Scientists believe the funnel shaped wells created pressure that moved water. “We loved the idea of incorporating the symbolism of ‘pressure’ into our design, so glass was the perfect vehicle for communicating the fascinating story of the Nasca wells. We want you to feel ‘pressure’ to move toward the piece, to touch it, to interact with it,” says Charette.

Britto Charette designs are found in fine showrooms across the U.S.  PUQUIOS is available in ethereal hues of rose and phosphorescent yellow and can be purchased, along with the designers’ entire line of BC HOME furniture and accessories, at www.bchomeusa.com.  The company’s design projects and products have been featured in Interior Design, AD Mexico, AD Spain, LUXE, Interiors, Florida Design, Modern Luxury Interiors, Ocean Home, Embark, Miami Home and Décor, Imagen, and many other influential design magazines.

epiphany glass studios, www.epiphanyglass.com, is a state-of-the-art, 4,000 sq. ft. glassblowing studio and gallery located in Pontiac, Michigan.  Since 1997, epiphany’s distinctive look has been created by artist and owner April Wagner.  Wagner adds a contemporary twist to the traditional fazzoletto technique, which originated in the Venini factory of Murano, Italy, during the 1930s and was later popularized by Seattle glass artists. Her work is found in many public and private collections, including those of GM, Pfizer, Strategic Staffing Solutions, Vladimir Putin, Goldie Hawn and Kate Hudson. epiphany glass studios also excels at the creation of custom, corporate awards.

Leave us a note
We would love to hear from you! Please fill out this form and we will get in touch with you shortly.